I’m a student. I’ve been a student the past 7 years, and I wish I could remain a student for the next 7 years, but unfortunately I have to finish off and start earning money. Therefore I hope my final diploma will give me the possibility to earn a job as a teacher. I’m learning to become a teacher in religion, but during this education I got the opportunity to learn some tricks and skills on arts and cultural education as well.

We payed a visit to the Jewish Historical Museum in Amsterdam, and we got an assignment as soon as we got there. This assignment concerned the visible thinking strategies from Perkins and dialogical learning from Wegerif. This meant that we had to choose two objects in the museum, and follow the instructions in the assignment.

I chose the following objects: 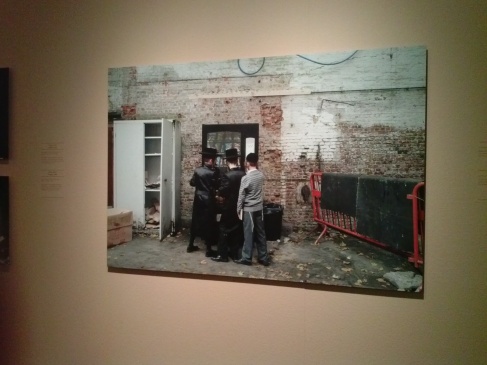 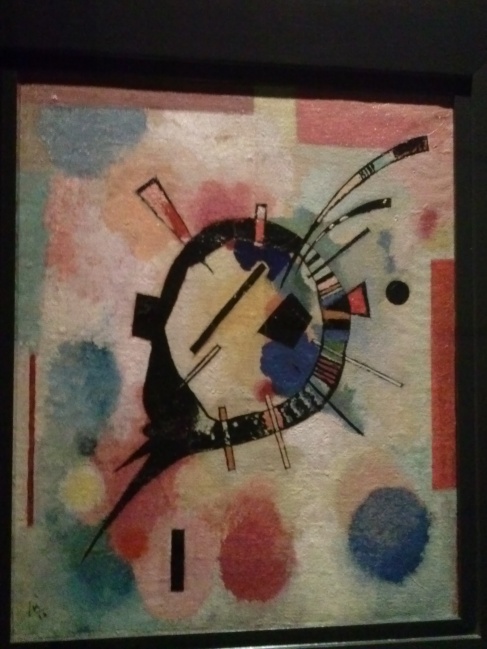 You probably recognize at least one; right? Kandinsky. The first one is a picture taken by Dan Zollmann. The Jewish Historical Museum had an exposition of both paintings of Kandinsky and photo’s of Dan Zollmann.

What was the assignment?

I chose Kandinsky to fulfill the assignment on visible thinking strategies. The first instruction was to describe the painting. But before I started describing the painting, I read the information accompanying the painting. It said that the circle represents a synthesis of the greatest oppositions: concentrism and excentrism. 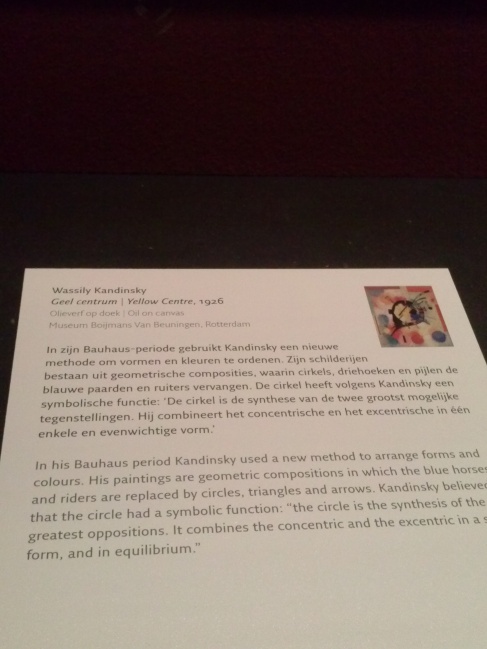 So I imagined Kandinsky was trying to represent totality. A circle is total. It’s enduring; no beginning, no end. Next to the circle, Kandinsky used every imaginable color and presented every imaginable shape. I figured he wanted us to see it ALL; just evertyghing. And I am used to interpret ‘everything’ as God. God is everything, right? At least I think God can be seen as a synthesis of the greatest oppositions. So maybe Kandinsky wanted to represent God. Just maybe. And since the assignment didn’t order us to be correct, and just told us to give our own impression, I stick to this conclusion.

The next question concerning the visible thinking strategies was: If this object was in the middle of a story, what would be the preceding picture, and what would be the subsequent picture? I again consulted the accompanying information: it told me the name of the painting was: Yellow Center. So I figured the preceding picture would be the same painting with a white center, for if the painting would refer to God, God needs the be pure, at least at the start. The subsequent picture would be called ‘black center’, because black represents all the colors. It could only be black because it is the sum of everything, it would be the final resolution. It’s like the black square of Malevich, which also represent the whole of all.  (at least, that’s what I thought) 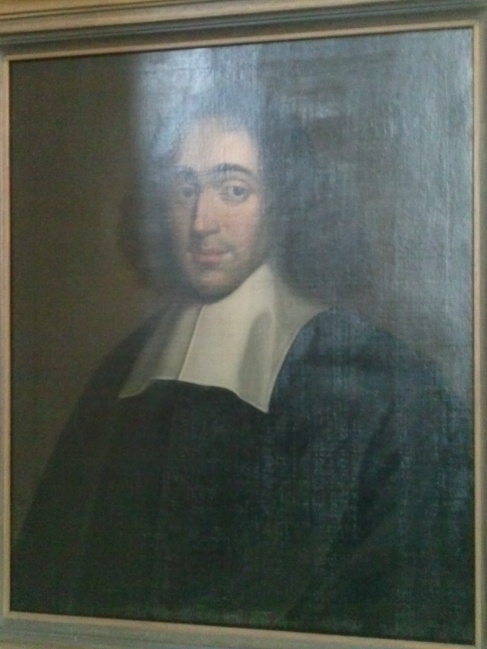 The last question on visible thinking strategies was to connect this painting with any other object in the museum. So I started my search for any other object which also could represent God. And I found Baruch de Spinoza. No, he’s no god. But he too was in search for God and created a philosophy on pantheïsm: everything IS God. I thought this was the ultimate link with my interpretation of ‘yellow center’.

Next was the assignment on dialogical learning. You noticed I chose a photo of Jewish boys at a candy machine. I had to formulate a hypothesis based on this photo, this hypothesis was meant to evoke questions; a dialogue. My hypothesis was: These are religious boys, who have their first encounter with modern temptation. And yes; this hypothesis evokes questions, for; are they really religious? Is it really the first encounter? Are they tempted by the candy, or the machine? Etcetra. 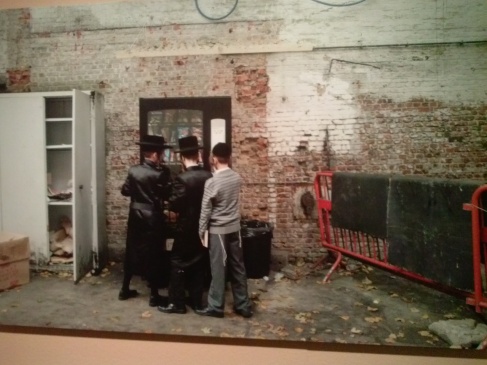 I learned a new approach towards art. I learned that a real art connoisseur does not read the information accompanied by the object. He thinks freely; I just partly did that. But it sure was fun and I definitely will use this approach the next time I take my son to a museum. I presume he will start loving visiting museums.